Books like this one probably make every reviewer give a sigh at first. 176 pages (in English) which have to be read and understood.

In addition, as Mr. Braman explains this in the Preface, the book is something unprecedented: “Drumming Patterns” is not a drumming textbook in the traditional sense but rather a kind of encyclopedia of drumming techniques and rhythms; this is the first time that drumming techniques are presented as a whole and in a systematic manner.

Let me give you a rough idea of how he succeeded in doing this: The first half (section) of the book covers/lists all imaginable sticking patterns for hands. Instead of using the common notes for notations, he uses the symbols “R” and “L” (in their extended meaning).

The second part is called “Drumset Patterns” and is subdivided by (music styles) since according to Braman each style is characterized by its own typical ostinato figures (for instance, swing rhythms) and the typical degree of repetition common in each style.

The two major sections of the book can be combined by nine pages that can be unfolded, the so-called fold-out pages. This much regarding the organization of the book.

What is its relevance to practice? “Drumming Patterns” is not a source for great grooves or fills; nor is it a book which you can work your way through in one sitting; the number of possibilities is too infinite for that. Rather, the concept is that through arranging playing techniques into a system you can have available to you working material which, regardless of the reader’s playing level, can be applied to any drumming style.

It is even creative in the sense that by listing—but not evaluating—playing possibilities it makes it easier for you to find patterns that have never been heard However, I would recommend “Drumming Patterns” only to those who are used to working actively and consciously with a book. At no place does the book suggest what or how the drummer should play. Every reader has to arrange the practice material according to his own ideas. Moreover, the book is initially not easily accessible. At first, you have to work yourself through several pages of instructions before you begin to get the idea of its possibilities of application.

Bottom Line: A terrific accomplishment that Chuck Braman has presented in “Drumming Patterns.” It is definitely recommended for serious drumming. 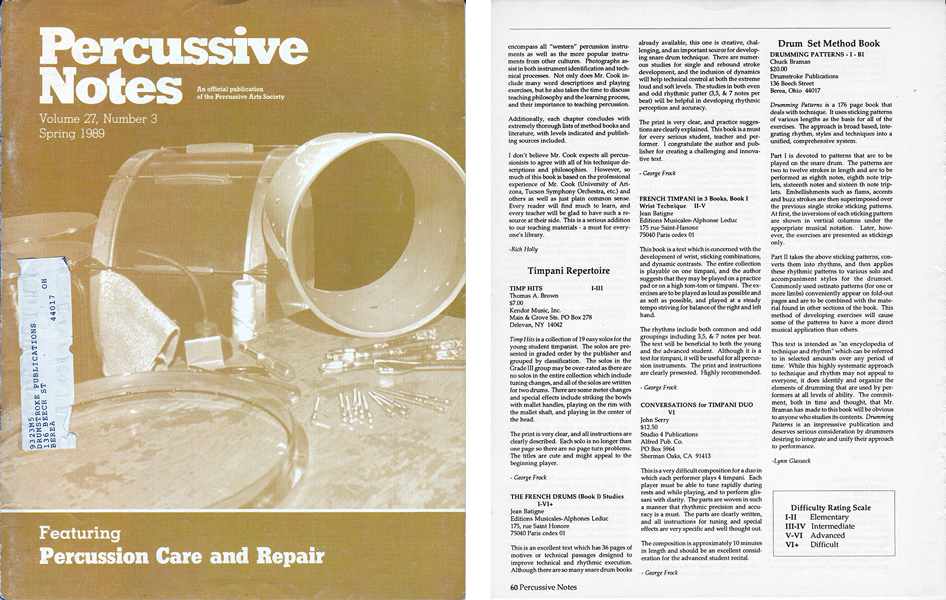 “The commitment, both in time and thought, that Mr. Braman has made to this book will be obvious to anyone who studies its contents.” 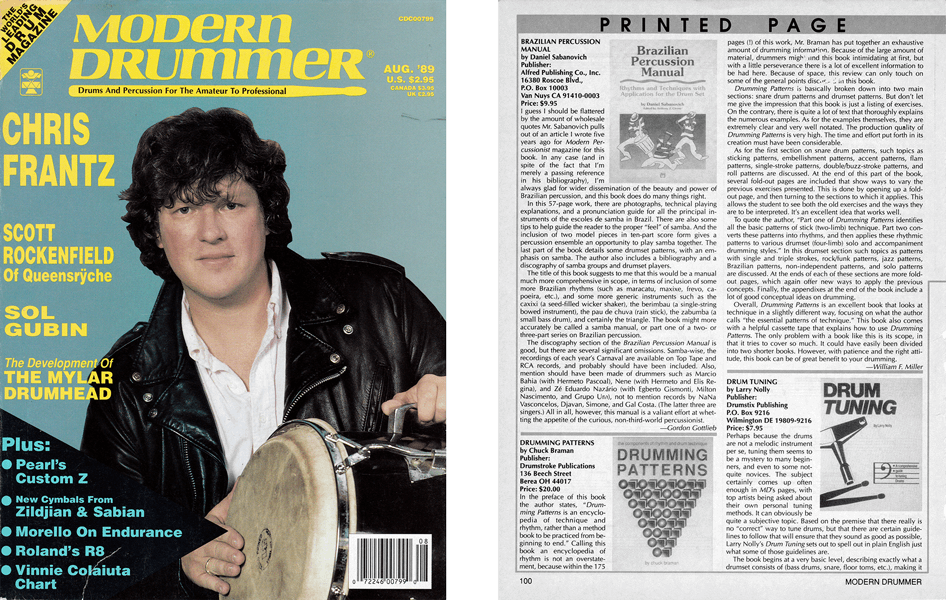 “Drumming Patterns is an excellent book that looks at technique in a slightly different way, focusing on what the author calls ‘the essential patterns of technique.’” 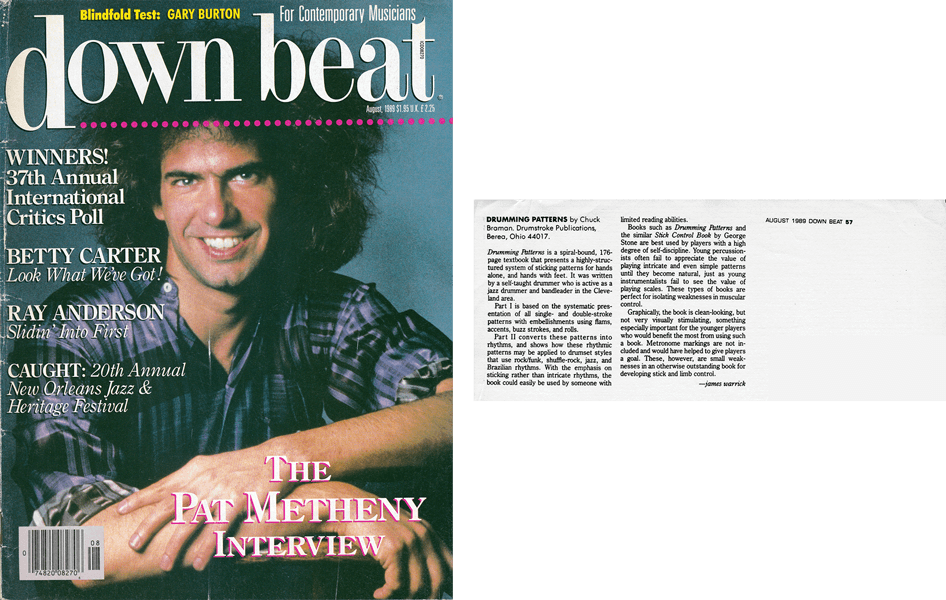