When it was published in 1935, Stick Control represented a significant advance from the drum rudiments and a major contribution to drum literature. It is a book that presents drumming patterns of various kinds that are plugged into two-measure rhythmic grids so that each pattern can be repeated indefinitely in order to gain mastery. In relation to the drum rudiments, its innovation is that it presents many more patterns in many more variations, and in the form of explicit, and generally very effective, technical exercises.

Unfortunately, like the rudiments, while it presents much that is useful, there is nothing logical or systematic in its approach. While the drum rudiments present a somewhat arbitrary collection of widely used military snare drumming patterns, Stick Control presents a somewhat arbitrary collection of patterns that are essentially variations of the rudiments plugged into two-measure rhythmic grids.

The problem with this methodology is two-fold. First, by conforming the patterns fit a preconceived rhythmic grid (rather than conforming the rhythmic grids to the length of the patterns), Stick Control presents only those particular patterns that fit one particular grid, and thus necessarily leaves out many fundamental patterns that don’t fit that particular grid. This methodology then leads to the second problem: the patterns themselves seem to be selected more or less off the top of the author’s head. His approach seems to be to fill rudimental variations and roll patterns of his devising into his grids, stopping when he runs out of room on the page. In this way, to a large extent, both the quality and the quantity of the content is determined arbitrarily: the particular patterns are determined within the confines of the author’s imagination, within further confines determined by the two-measure length of the rhythmic grid, and the number of those determined by the size of the page.

Like the drum rudiments, then, some of the resulting patterns are fundamental and essential, while others are not. And again, like the drum rudiments, many fundamental patterns are missing altogether. And finally, and again like the drum rudiments, there is not a fully logical sequence to, or arrangement of, the patterns, neither a necessary connection between them nor a systematic integration among them.
Both the virtues and the flaws of the approach taken in Stick Control formed the inspiration and starting point for the Drumming Patterns system. While practicing the exercises in Stick Control, the author constantly found himself asking the questions “why?,” “what?” and “how?,” as in “why was this particular pattern chosen and not another?,” “what useful or important patterns are missing?,” and “how could this be re-conceived so as to include all of the fundamental patterns used by drummers in a logical, systematic presentation?”

Drumming Patterns thus re-conceives Stick Control from the ground up, by first determining what are all the fundamental sticking patterns, arranging them by length, systematically embellishing them with flams, accents, etc., and only then plugging them into short roll grids. (The second half of the Drumming Patterns book goes even further, by converting the patterns into rhythms and then applying them to common ostinato patterns of various popular styles of music played on the entire drum set, thus relating sticking patterns on the snare drum to rhythmic patterns on the drum set.)

In the end, it is the overall concept of Stick Control that is both its greatest value and similarity to Drumming Patterns. This is obvious if one considers that this praise for Stick Control from a customer on Amazon applies equally to both books: “This book is useful for a percussionist with any focus, be it drum set, drum corps, or orchestral. Because all of the exercises in “Stick Control” can be played at any tempo and any dynamic, it is a valuable tool for a percussionist of any age and any level, from beginner to professional.” This was George Lawrence Stone’s unique innovation and achievement and is one of the starting points for the approach used in Drumming Patterns. 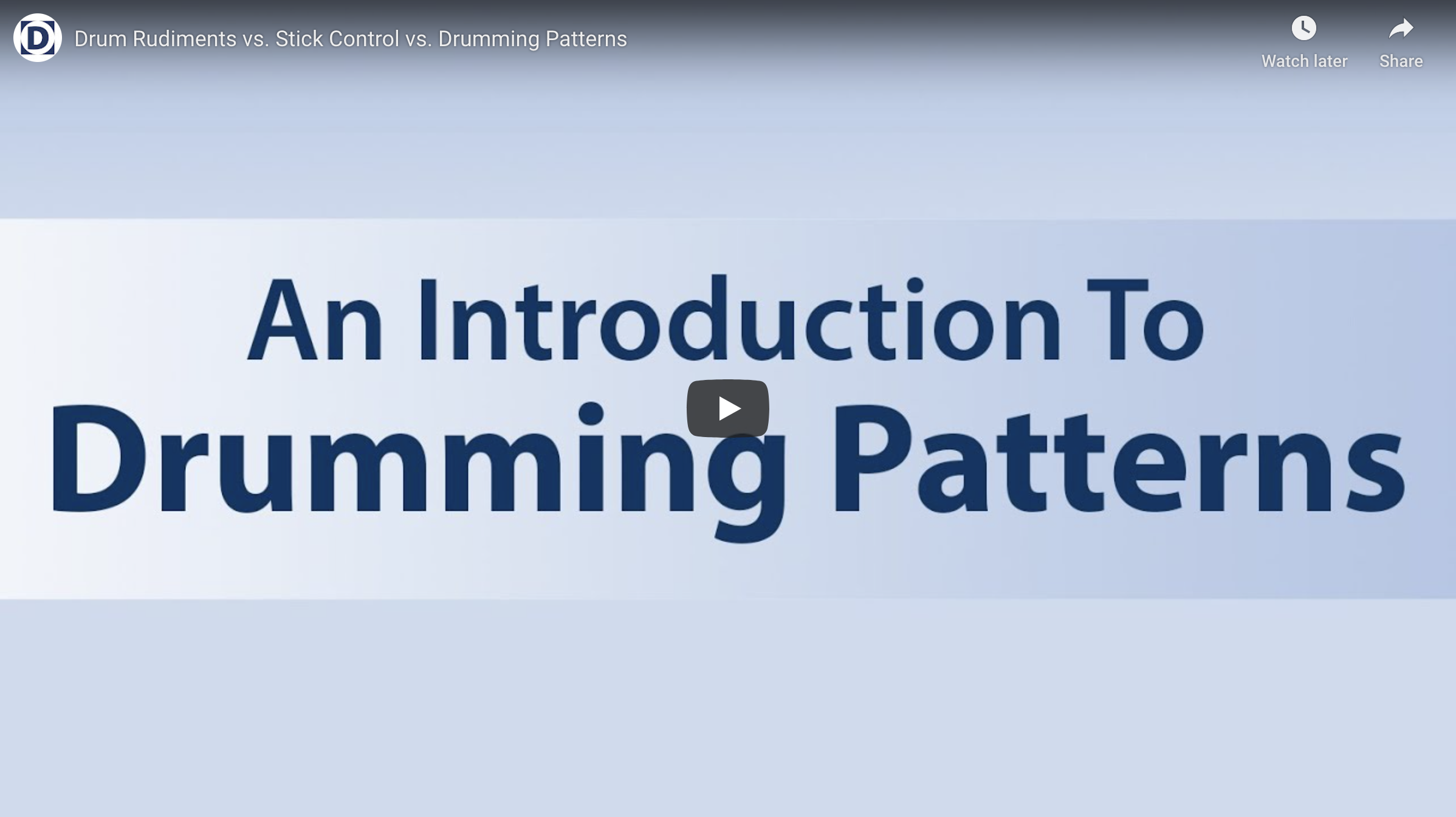 An introduction to Drumming Patterns

A 20-minute video introduction comparing the systematic approach taken to rhythm and technique taken in Drumming Patterns with the rudiments and Stick Control. 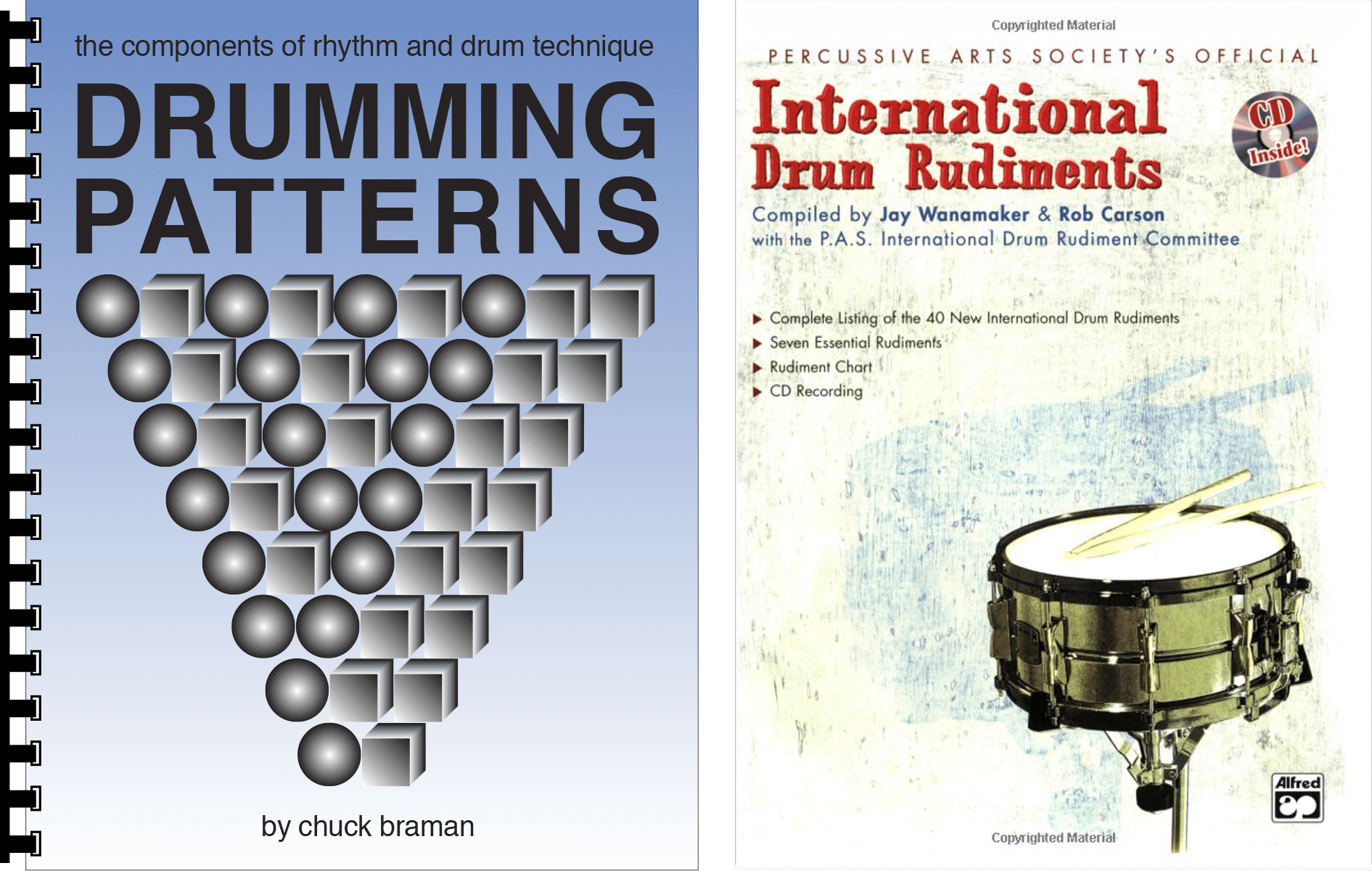 The rudiments compared to Drumming Patterns

The origins of the 40 international drum rudiments and how they compare with the systematic presentation of fundamental patterns in Drumming Patterns. 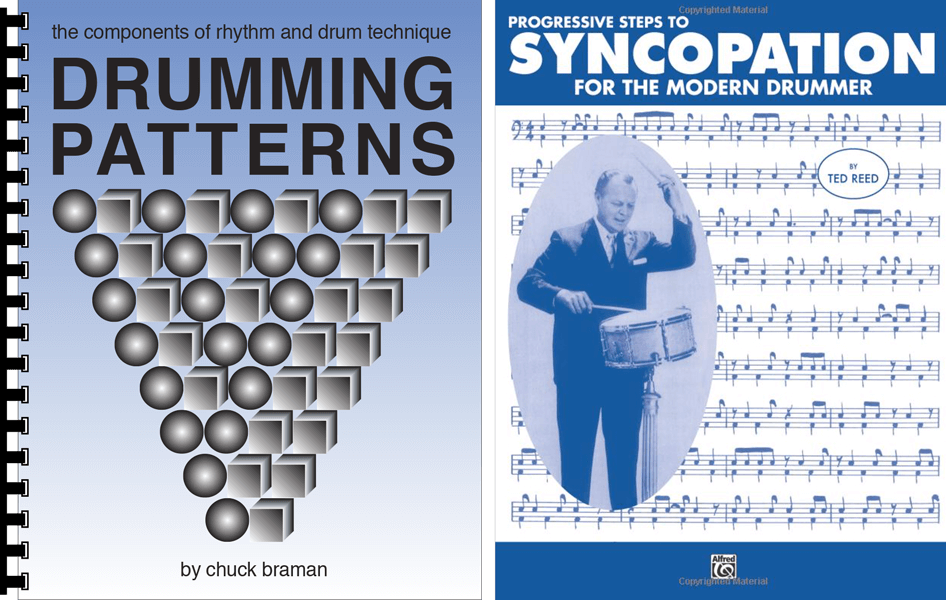 What approaches are taken within each of the three major sections of Ted Reed’s classic book and how do they complement and contrast with the approach taken by Drumming Patterns? 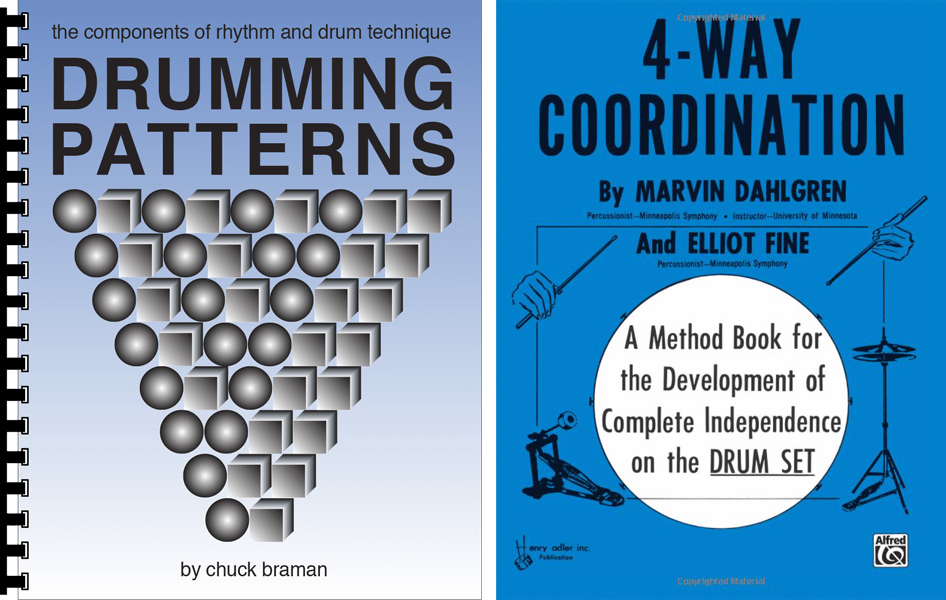